Treatment in oxidising acids to remove light surface contamination by iron based materials left by machining or wire brushing and to enhance the naturally occurring chromium oxide film. Any residual contaminants can act as sites for corrosion cells. Heavy contamination or other contaminants (mill scale, etc.) should be removed by acid pickling before passivation.

Generally it is the oxide layer spontaneously formed on the surface of a metal or alloy by its reaction with the oxygen in the atmosphere. Specifically in stainless steels it is the protective chromium oxide film that forms on alloys containing more than 10.5% chromium that is impervious to many corroding media. It is why stainless steels are “stainless”.

Any constituent part of an alloy, e.g. elemental metal, solid solution, or inter-metallic compound, that is physically and chemically homogeneous and distinct within the microstructure.

The removal, by immersion in a solution containing nitric and hydrofluoric acids, of the scale left after hot working or annealing. It leaves a matt grey finish.

A cold rolling pass, with minimal reduction of thickness, of annealed sheet or strip. It reduces the tendency to kinks, flats and stretcher strains on subsequent manipulation. Flat material so treated is described as 'skin passed', 'pinch passed', 'non-kinking', 'non-flatting' or 'killed'. The material will also be brighter and have closer tolerances.

A corroded hollow in a metal surface, caused by localised corrosion (pitting).

Concentrated, localised, corrosion attack that can reach considerable depths and cause premature failure.

A hydraulic or pneumatic test for tubes to prove that the material can withstand a specified pressure for a specified time without leakage or rupture. 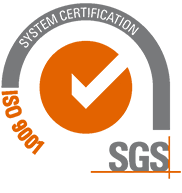 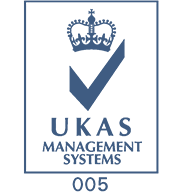